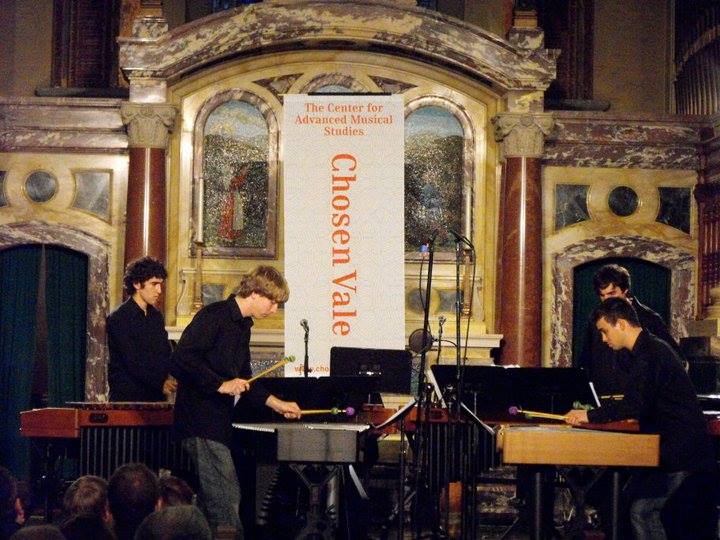 Pre-concert talk with Director Edward Carroll and Doug Perkins at 7:30.

Metal and wood are celebrated in their purest forms by Iannis Xenakis and Michael Gordon. We are also treated to moody atmospheres by Michael Barnhart and an American premiere of a new work for Chosen Vale by Dave Maric.

Concert made possible by the Center for Advanced Musical Studies.