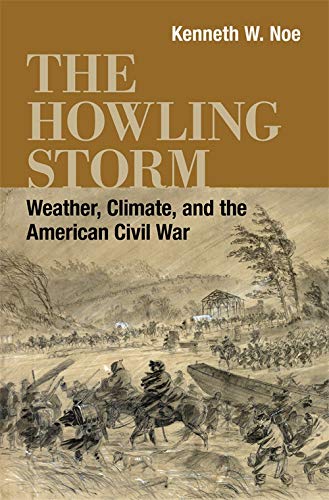 In the first talk in our Weather-Wise series, Dr. Kenneth W. Noe explores how the war’s unusual weather affected both the battlefield and the home front. Traditional histories of the Civil War describe the conflict as a war between North and South. Dr. Noe suggests it should instead be understood as a war between the North, the South, and the weather. In his latest book The Howling Storm: Weather, Climate, and the American Civil War, Dr. Noe retells the history of the conflagration with a focus on the ways in which weather and climate shaped the outcomes of battles and campaigns. He further contends that events such as floods and droughts affecting the Confederate home front constricted soldiers’ food supply, lowered morale, and undercut the government’s efforts to boost nationalist sentiment. By contrast, the superior equipment and open supply lines enjoyed by Union soldiers enabled them to cope successfully with the South’s extreme conditions and, ultimately, secure victory in 1865. 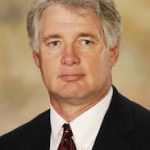 Kenneth W. Noe is the Draughon Professor of Southern History at Auburn University, where he teaches classes on the American Civil War and Appalachian history. In addition to The Howling Storm, Dr. Noe has written Southwest Virginia’s Railroad: Modernization and the Sectional Crisis (1994); A Southern Boy in Blue: The Memoir of Marcus Woodcock, 9th Kentucky Infantry (U.S.A.) (1996); Reluctant Rebels: The Confederates Who Joined the Army After 1861 (2010); and The Yellowhammer War: Alabama in the Civil War and Reconstruction (2014). Dr. Noe was a Pulitzer Prize entrant and the winner of the 2003 Kentucky Governor’s Award, the 2002 Peter Seaborg Book Award for Civil War Non-fiction, and the 1997 Tennessee History Book Award.  Dr. Noe is a frequent speaker on the Civil War Round Table circuit and a participant in the Organization of American Historians Distinguished Lectureship Program. He currently serves on the Board of Editors of Civil War History, and was a consultant for the NBC series Who Do You Think You Are?

Thank you to our supporter: