1793
The role and importance of cemeteries in Shaker communities and among the World’s People evolved throughout the nineteenth century. Most important to the Shakers’ relationship with death was their theological belief that there would not be a resurrection of the dead. For them, death was just another step on an ongoing religious path. Though the Shakers handled death in a more unceremonious way than non-Shakers, the Central Ministry at Mount Lebanon, NY believed strongly that there should be a marker for deceased Shaker Brothers and Sisters. Historically, the Shakers buried their members and marked the graves with individual stone markers which listed the name of the person, the age at their death, and the date of death. Throughout the late-eighteenth and nineteenth centuries, Shaker grave markers were made in various materials such as stone and iron. 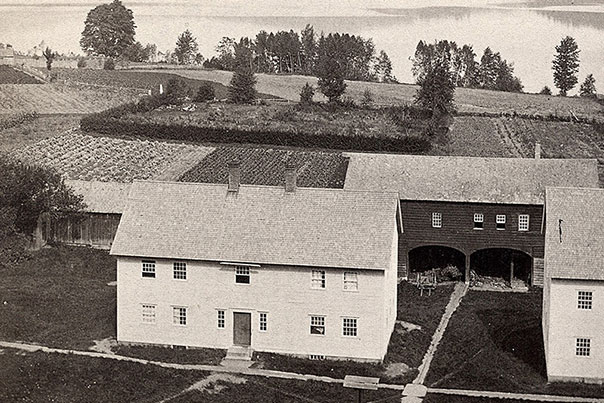 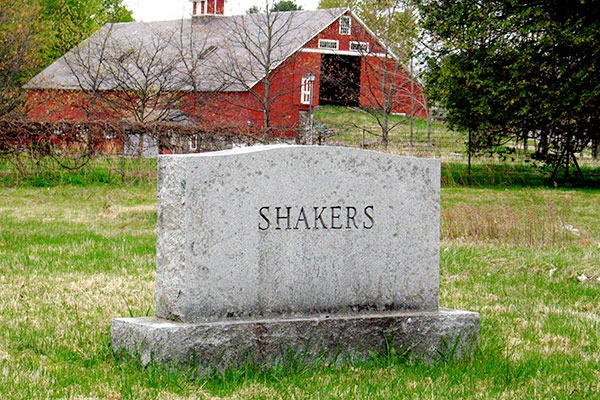 In the twentieth century, as more and more Shaker communities closed their doors, maintaining these far-flung cemeteries became a concern. A decision was made to remove the individual stones and replace them with one stone which aided in cemetery maintenance and allowed the members to be remembered communally in death as they had existed during life. Today, the Enfield, Nh Church Family cemetery contains one large granite headstone marked simply “Shakers”. The Church Family Cemetery contains the burial sites of 332 Shakers. The one individual headstone in the Church Family Cemetery is that that of Lucinda Fairman, who joined the Shakers after raising her family and whose stone was erected by her daughters.