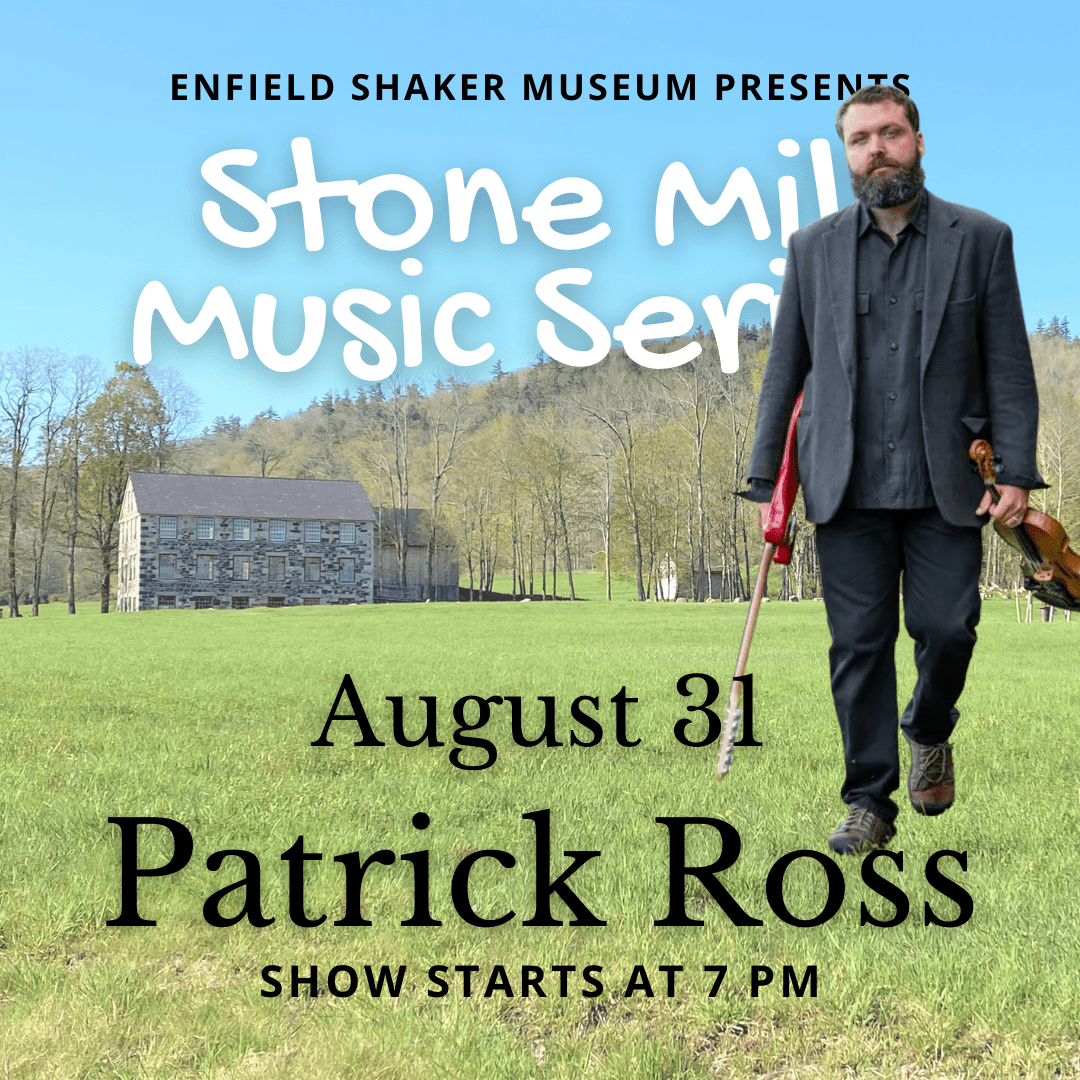 Patrick Ross will be the Grand Finale of our Summer Concert Series.

“Vermont born, fifth-generation fiddle player, Patrick Ross won the Vermont-State Fiddle Championship at age fourteen. He has performed at the Grand Ole Opry and shared stages with Willie Nelson, Johnny Cash, and Paul McCartney. In 2012, he was invited to perform at both the Calvin Coolidge Theater in The Library of Congress and The Kennedy Center for Performing Arts. He has had the pleasure of working with Christopher Lloyd in a recent production of, “Call Of The Wild 3D” and assisted in the scoring of the film. He now lives in Newbury, Vermont with his wife and daughter. He works and teaches in collaboration with the Vermont Folklife Center and has recently started an independent record label called Rock Farmer Records with the mission of producing, recording, and preserving Roots music. His solo concerts include a worldwide range of fiddle styles as well as songs he has penned with guitar, banjo, mandolin, and cello.”

Bring your chairs and blankets and enjoy the last Stone Mill concert of the season.

Beer, Hard Cider, and Food will be available to purchase during the concert.

Live music will start at 7 pm, but vending will begin at 6 pm.